A quality all paintings and some drawings seem to enjoy is that in the beginning they are wet. By the end of the last century however, most cultures seemed to have turned drawing, writing and as it happens photography into more or less dry activities.

I can remember the large sheets of blotting paper that once sat on every office desk that letters were smoothed into to take away their wetness before folding. Today however, there’s more chance of getting a blot of ink in the lining of your jacket pocket or the bottom of your hand bag than of leaving one on a letter. Back in the blotting paper days however, when in western culture we learned to write with scratchy steel nibs loaded with dark blue ink “dipped” from the ceramic wells slotted into the top right corner of our desks, writing could be a messy business. 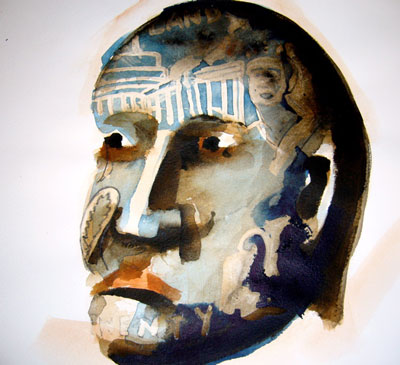 Avoiding spills, splatters, drips and smudges was an important part of learning to write, but not of learning to draw, that was for the most part done with the dry stuff. First with wax crayons, then graphite and coloured pencils, then finally once we have gained some dexterity and trust, with messier media like conte and charcoal. So drawing, the kind of drawing that’s taught in art schools today, whether or not you want to include photography, electronic imaging and collage seems to have become an essentially dry affair. There seem to be two properties that separating drawing from painting, background and horizontality.

An image that has at least part of its background left visibly untouched and “open” is a drawing, which stands in stark contrast to paintings whose background is filled in and “closed” . If this is true, then it should logically follow that Marcell Duchamp’s large glass for instance is a drawing, a drawing because the imagery sits within a spirited away “ open” ground.

Drawing is an essentially close focus, horizontal activity. Working on a horizontal surface generates an intensity of relationship between the draftsman and the ground that is quite different from working vertically at, for example, an easel. The drawing while standing at an easel is more like paintings because it is makes drawing an arms length activity, where standing back and re- assessing the image all the way through its making is the way of making.

A Sol Le Witt wall drawing, represents a very pure form of drawing even though it is rendered on the vertical. Conceived as a set of written instructions on the horizontal, it is then just like the Pollock drip painting is moved from the horizontal to the vertical for displayed. I started this paper telling you that I when I started writing I thought I was working on one of the edges of drawing but finished with a sense that the issues I had been dealing with were less peripheral than I had imagined. I thought the relationship between horizontality and wetness was purely about getting gravity on your side and stopping the drips from running. Then I began to see how horizontality could effect not just the physical but the emotional and intellectual relationship that can exist between a person drawing and their work. I then began to consider how many drawings grow from the makers total immersion in a subject, drawing with even their peripheral field of vision occupied by their subject, not looking up or stepping back like the painter ,but simply getting what there is to get down, down on “paper” with out correction or modification. Pens and paper feature large in the world, but at the point where an artist or designer is looking for more drama and meat, wetness and colour are often used to enforce and dramatize the delivery, and that’s the point at which drawing sometimes gets confused with painting. 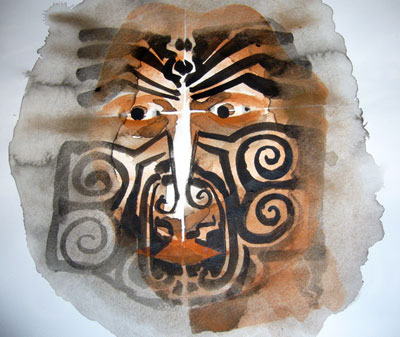 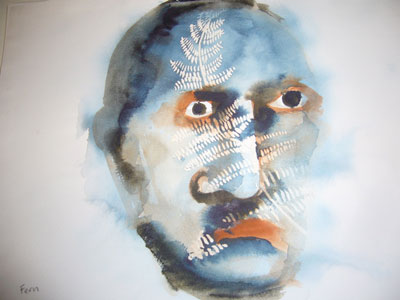 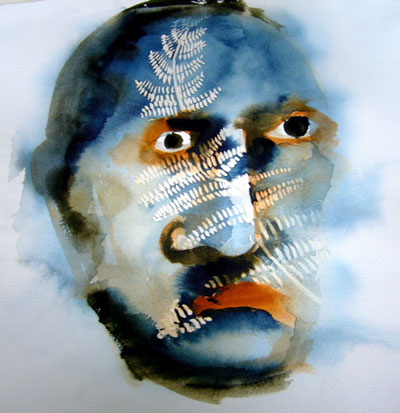 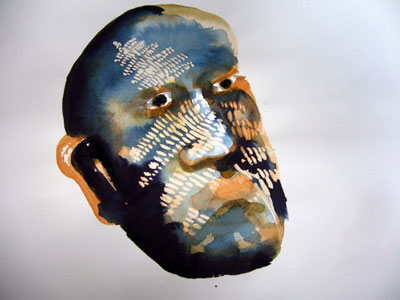 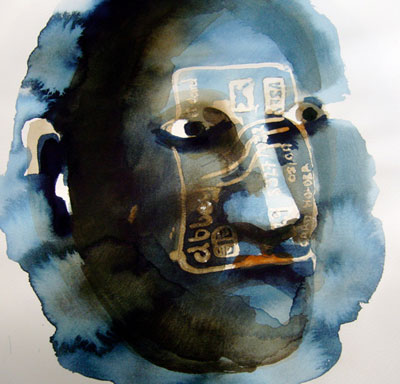 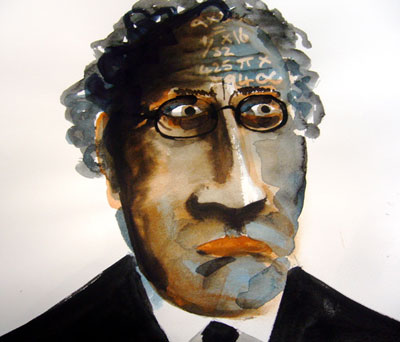 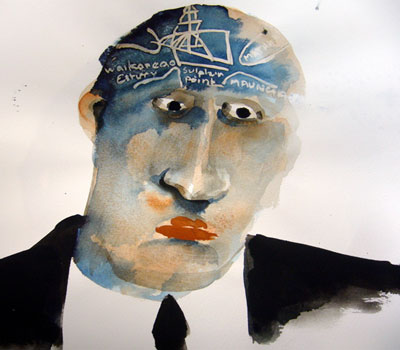 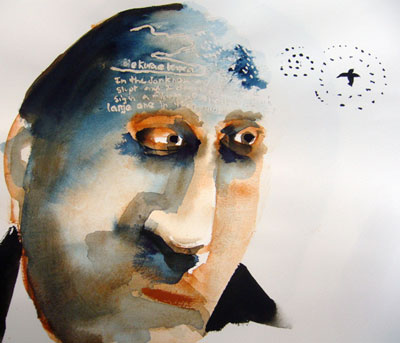